Argentina national football team is the men’s football team for Argentina National that has won the FIFA World Cup 2 times, FIFA Confederations Cup 1 times and Copa América winning it 14 times which is the second highest times ever won by any country. The team is governed by the Argentina Football Confederation. Daniel Passarella is World Cup winning captains both of the time and Lionel Messi is one of the most successful player (with 65 goals in 128 Caps) in history of Argentina with the international competitions, and Friendly matches.

It comes under CONMEBOL Confederation of South America continent. Argentina has the best overall performance in Copa America history with 14 final wins, 14 Runners-up, 4 third-time and 2-time fourth place in 46 tournaments.

Lionel Scaloni is the current coach and Lionel Messi captain of Argentine football team. Javier Mascherano is the most caps player for the national team with 147 caps and 3 goals, Javier Zanetti(143 Caps with 4 Goals) and Lionel Messi (128 caps with 65 goals) in the second and third position in the sequence.

Lionel Messi, Diego Maradona, Alfredo di Stefano, Daniel Passarella, Gabriel Batistuta, Jose Manuel Moreno, and Sergio Agüero are some of the famous soccer players from Nation. Messi, who played Barcelona in one of the best players in football history and the first choice footballer all time with Ronaldo. He won the trophy in 5 D’Or d’Or Award 5 time share with Ronaldo.

Here is the Argentina National team current squad which was selected for upcoming matches. Player details provided on all current squad and their position. 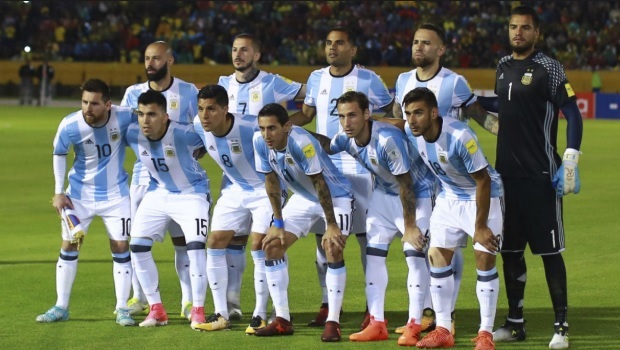