Skip to content
Adidas has made a modern spin on a classic design by updating the 1970 Telstar to The Telstar 18. 2018 FIFA World Cup official match ball revealed the news.
The 1970 Telstar – the company’s first ever World Cup match ball which was used in the 1970 World Cup in Mexico.
The name, Telstar came from its status as the “star of television”.
The ball’s design is meant to recall to one of the most iconic match balls in soccer intelligence. 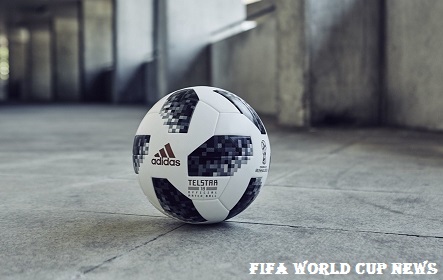 The 1970 Telstar ball was decorated with black panels, intended to be easier to view on television means the fan can easily see the movement of the ball as there was no colored television launched till.
Almost 50 years later, Telstar 18 features a brand new body, The Telstar 18 features an embedded NFC chip, high technology, and sustainable elements.
The chip makes the user interact with the ball using a smartphone obviously, offers both consumers and players a completely new experience.
The personalized and location-aware experience shows specific details of Each ball generates a unique identifier, opens the exclusive content and information for the user. And also provides access to challenges which users can enter in the run-up to the World Cup.