The 36-years-old LA Galaxy forward Zlatan Ibrahimovic has a passion for tattoos and has added details to his famous back tattoo design.

The Swedish striker has now, his whole back covered with a stunning back tattoo. One of the classiest players an extensive collection of tattoos, though his this year addition could be his most daring yet. Ibrahimovic has added detail to his vast back piece that is dominated by a roaring lion and koi carp.

The 36-year-old’s latest piece of ink is one of the best artworks we’ve ever seen on another human. Swede revealed this impressive finished piece from ‘niki23gtr’-a tattoo parlor in Gothenburg, in a post on social media for his 30 million Instagram followers.

He has the Vitruvian Man on his lower left back, an image of the ideal man, made by Leonardo Da Vinci in the 15th Century. There is a giant koi carp on his left shoulder, a feather and another Buddhist symbol on his right shoulder.

Zlatan previously had the names of 50 people temporarily tattooed on him to raise awareness for world hunger. “When I step on the pitch, I am a Lion!” – Zlatan Ibrahimovic. Seriously, Zlatan now steps on the pitch with a giant Lion on his back. 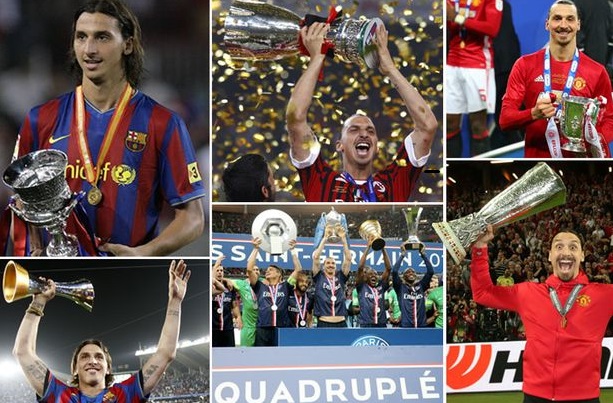 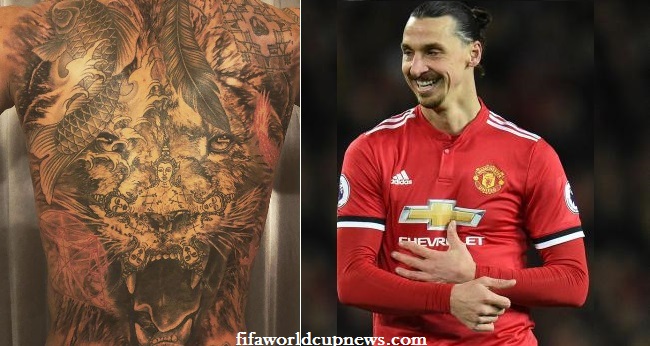