Italy retained the championship in 1938. Italy beating Hungary 4–2 in the final match. Vittorio Pozzo was coach of this team and Italy win two times under the same coach in 1934 and 1938.

Sixteen teams originally qualified for the final tournament. However, 15 teams participated after Austria withdrew. it was the second tournament in a row to be played in Europe. There was now 57 nations with membership in FIFA and most of those were from Europe.

The 14 remaining places, 11 were allocated to Europe, 2 to the Americas, and one to Asia. 3 non-European nations took part Brazil, Cuba and the Dutch East Indies. This is the smallest ever the number of teams from outside the host continent to compete at a FIFA World Cup. 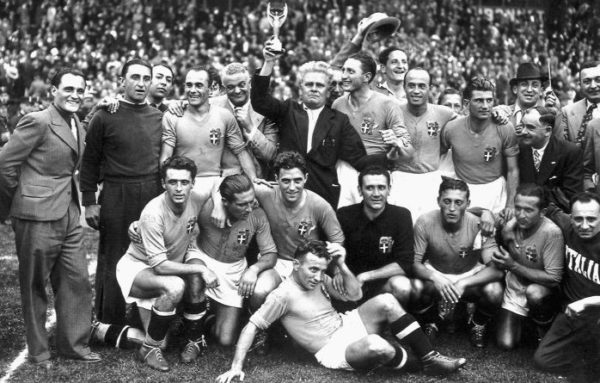