The 2018 World Cup is just weeks away, and by the 29 May, you can lead your country to World Cup glory with the release of the 2018 FIFA World Cup video game update. The FIFA series of the video game developed and published by Electronic Arts. FIFA 18 World cup mode will be coming 29 May 2018.

EA Canada will be planning something special to celebrate the 2018 FIFA World Cup in Russia. It is an upgrade version of FIFA 18. 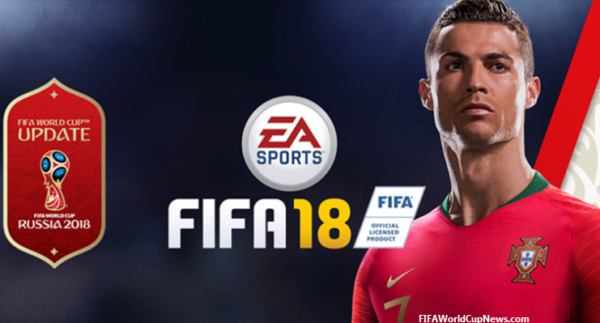 All you need to know about the free EA Sports FIFA 18 World cup mode Release Date on May 29th. World Cup FIFA 18 will be released for Xbox One, Playstation 4, PC and Nintendo Switch, and there will be a mobile version.

All 32 of the teams that have qualified for the tournament. It will also have all 12 World Cup stadiums in 11 cities in Russia. It comes free upgrade and able to download the update for free all platform.

World cup mode comes with 4 new features. It will allow free version for user game lover who wants the FIFA world cup mode. It has to be free, Kits and SBCS, FUT promotions and  Online and offline