The Quarter-finals, Semi-finals and Final match of the world cup will be playing on 7 June 2019. Before you make any FIFA U-20 World Cup picks for the round of 16, you need to know about the battle of last 16 teams before 6 June.

All 16 teams have reached in the Round of 16 where fixtures date is 2, 3, 4 June 2019. After a complete round of 16 matches, top 8 winner teams who will win the match to opposition team will be played in Quarter-finals.

The FIFA u-20 World Cup Quarter-finals will take place on 7 June and 8 June 2019. Colombia and Italy have reached the in the Quarter-finals out of 8 teams. ‎England‎ is the current champion and ‎Argentina‎ (6 titles) is the most successful team of the biggest football stage. 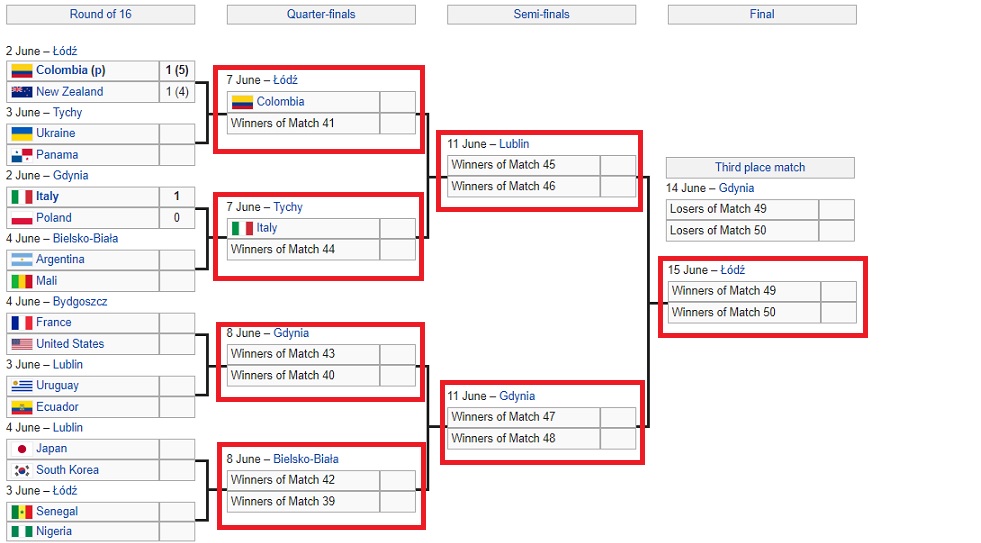