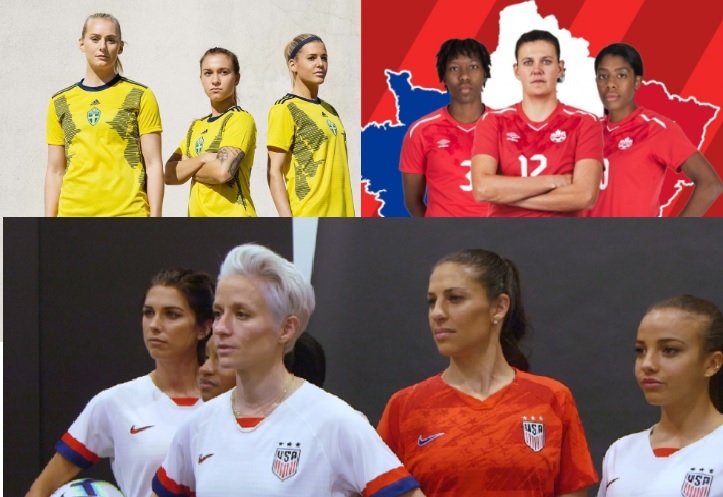 The Women’s kits elementary design features by Nike, they including badge, flag or iconography but unique and interesting haven’t been seen before in the 2019 World Cup.  That allowing the supporting nation to shine through.

According to Nike “The kits are the result of a last 3-year focus on how best to fit the female soccer players”. The World’s top footballer American stars Alex Morgan and his partner Megan Rapino was the part of the champion team in last world cup and was played Red jersey for American Football Team and this time will be same color Jerseys but the design will be changed.

Nike unveils 14 kits ahead of the tournament where 24 Women’s Football team has been playing the 8th edition of FIFA Women’s World Cup. FIFA WWC will be scheduled to play between 7 June to 7 July.