The bids for the 2019 FIFA Women’s World Cup include England, France, Korea Republic, New Zealand, and South Africa. The final bidding documents submitted on 31 October 2014. This is the fourth time when both men’s and women’s World Cup held in France.

France is a Western Europe continent who won the rights to host the tournament. It will be the first time when France hosting the FIFA World cup tournament and the 3rd European continent. On 19 March 2015 Finally France won the host rights to England, Korea Republic, New Zealand, and South Africa. The total population of the country around 67.3 million.

Football is popular sports played in France and hosted events such as the 1938 and 1998 FIFA World Cups. It will become the fourth national country to host both FIFA men’s and women’s World Cup. 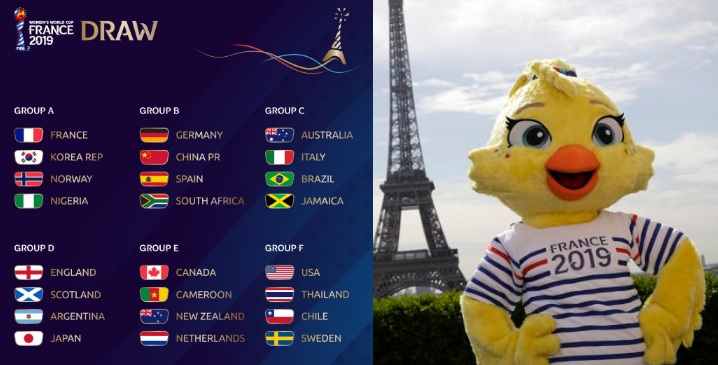 The first match will be playing between the France vs South Korea on 7 June 2019 at Parc des Princes stadium, Paris. The schedule of whole 2019 Women World cup between 7 June to 7 July 2019, where Final match playing at Parc Olympique Lyonnais, Lyon.

All matches broadcast rights have given selected countries television channels.

For the tournament, individual tickets go on sale 7 March at FIFA portal. A total of 1.3 million tickets are available and the price will start at €9 for category and Semi-final & Final match ticket start around €84 for category 1.