The 1978 FIFA World Cup was the 11th staging of the World Cup, the world championship for men’s national association football teams. This was held in Wast Argentina between 1 and 25 June (25 days).

London, England. Mexico and Argentina 4 Nationa were selected for the bidding process and Argentina was chosen as the host nation by FIFA on 6 July 1966. Argentina is a large South American nation. This is the eighth-largest country in the world. Football or soccer is the most popular sport.

The 1978 FIFA World Cup was won by Argentina who beat the Netherlands 3–1. Total of 16 teams qualified for this tournament. This tournament was the also last world cup to use the original inclusion of 16 teams. Mario Kempes was most successor player of the tournament.

Eight locations were preselected in 1972; six of them were chosen for the finals in addition to La Plata and Tucuman. The “one-of-a-kind stadium” that La Plata, the city of the diagonals, had pledged to build was abandoned by internal bidding by 1974. In 2003, the Estadio Ciudad de La Plata was lastly finished.

In this tournament 16 teams (from 5 confederations) qualify and select in 6 venues and 5 host cities. The opening game between holders West Germany and Poland on 1st June Top scorer of the world cup was Mario Kempes with 6 goals. Antonio Cabrini was selected for best young Player. Argentina football teams have win Fair-play award.

Argentina was the fifth team who won the World Cup(after Uruguay, Italy, England and West Germany).

Gauchito was the official Mascot. A boy wearing Argentina’s kit. his hat (with the words ARGENTINA ’78), neckerchief and whip are typical of gauchos.

Qualification and Awards Of World Cup 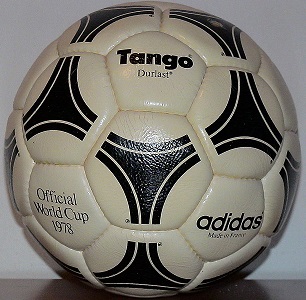